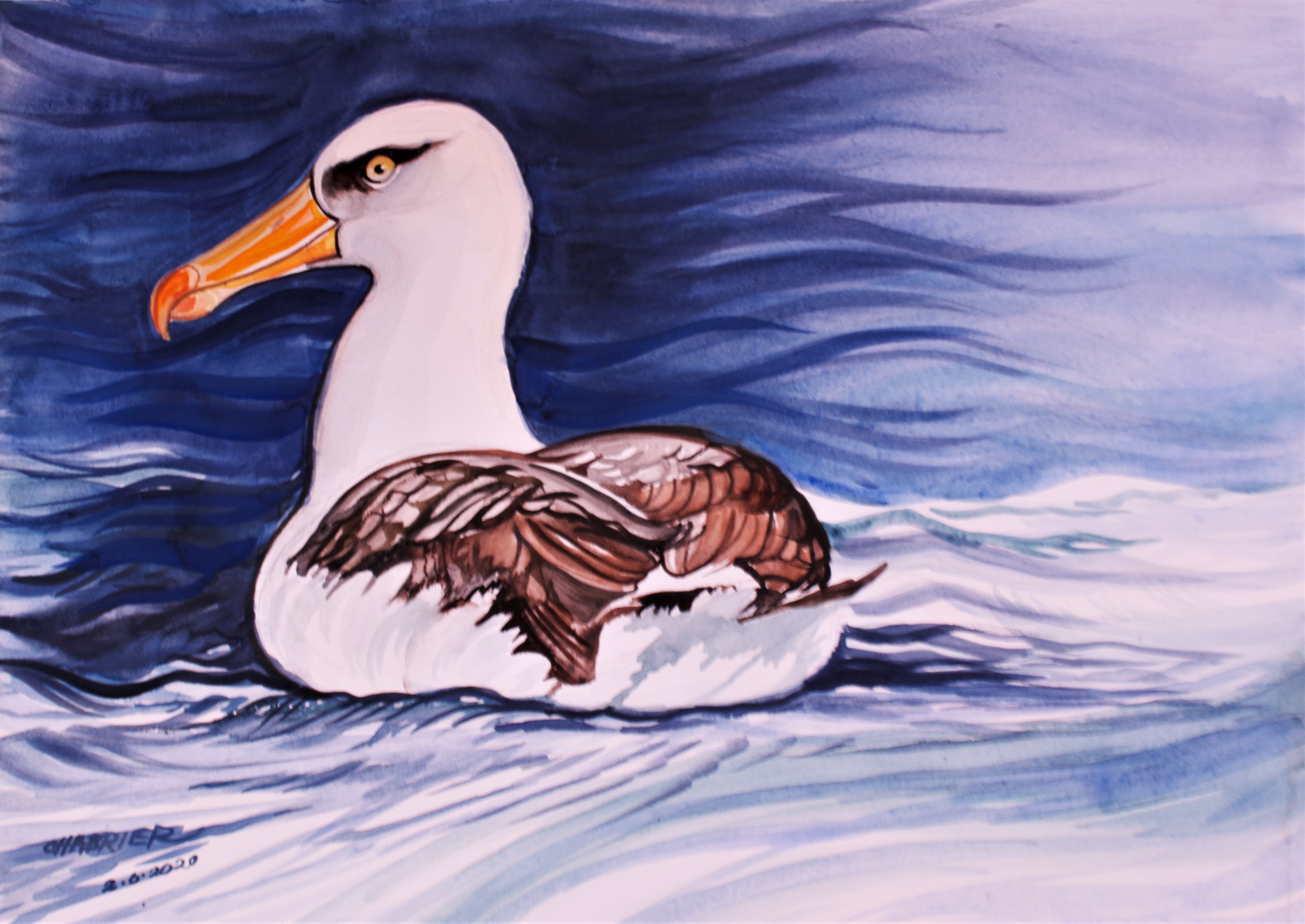 Campbell Albatross at sea; artwork by Annie Shoemaker-Magdaleno, after a photograph by Kirk Zufelt