70-something Laysan Albatross Wisdom hatches her latest egg on Midway 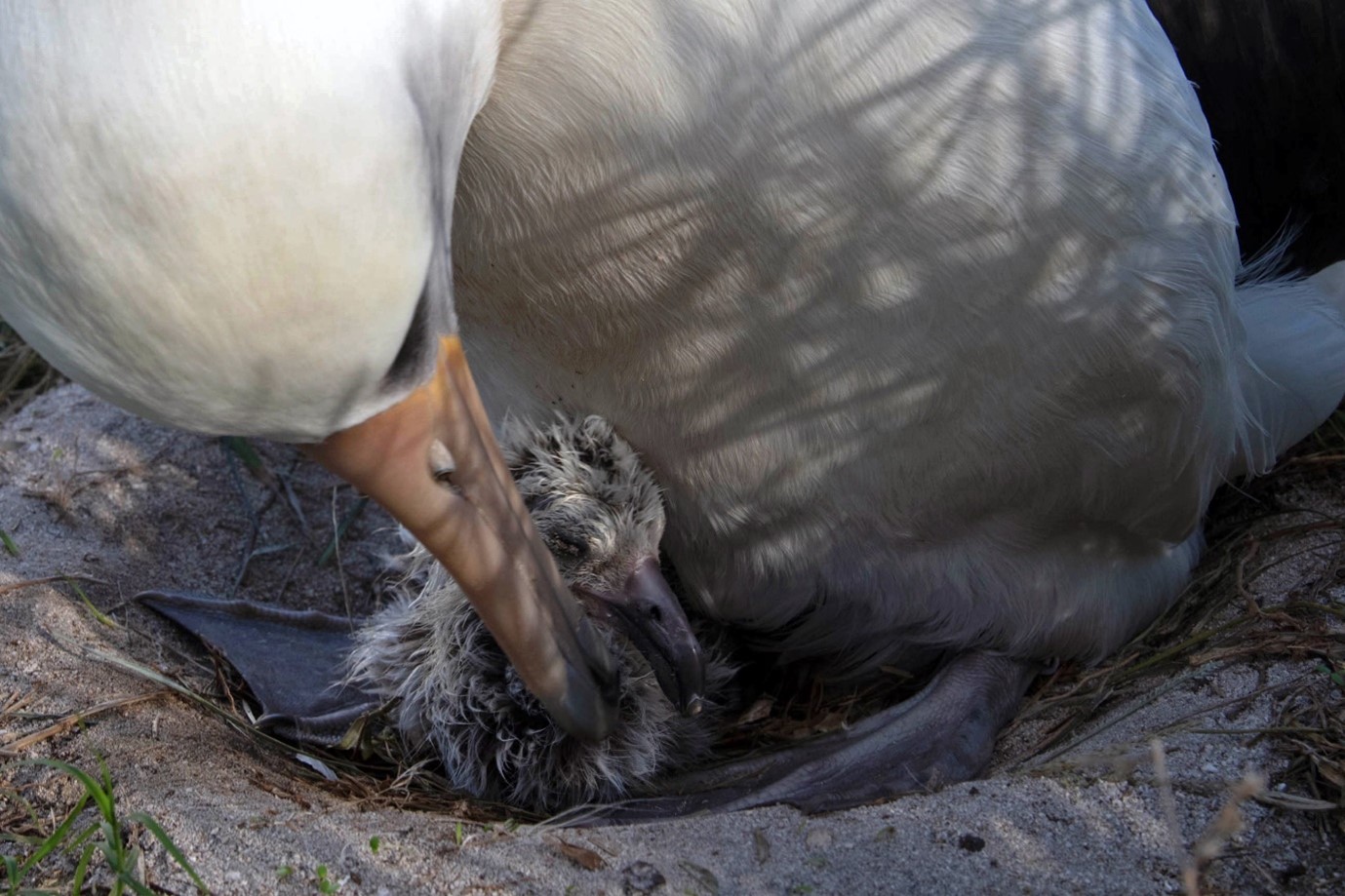 By now, even irregular readers of ACAP Latest News should have heard of Wisdom, the 70-something Laysan Albatross Phoebastria immutabilis on Midway Atoll.  She is the world’s oldest known wild bird and surely one of the most famous: thought to be at least 70 years of age (she was banded as an adult in 1956 when considered to be not younger than five years old).  The news in now in that her latest egg, laid back in November last year, has hatched as reported last week by the United States Fish and Wildlife Service: Pacific Islands:

“Wisdom, a mōlī (Laysan albatross) and world’s oldest known, banded wild bird, hatched a new chick this week at Midway Atoll.  Biologists first observed the egg pipping on Friday, January 29.  After several days, the chick hatched on Monday, February 1. … Wisdom and her mate, Akeakamai, have been hatching and raising chicks together since at least 2012, when biologists first banded Akeakamai.” 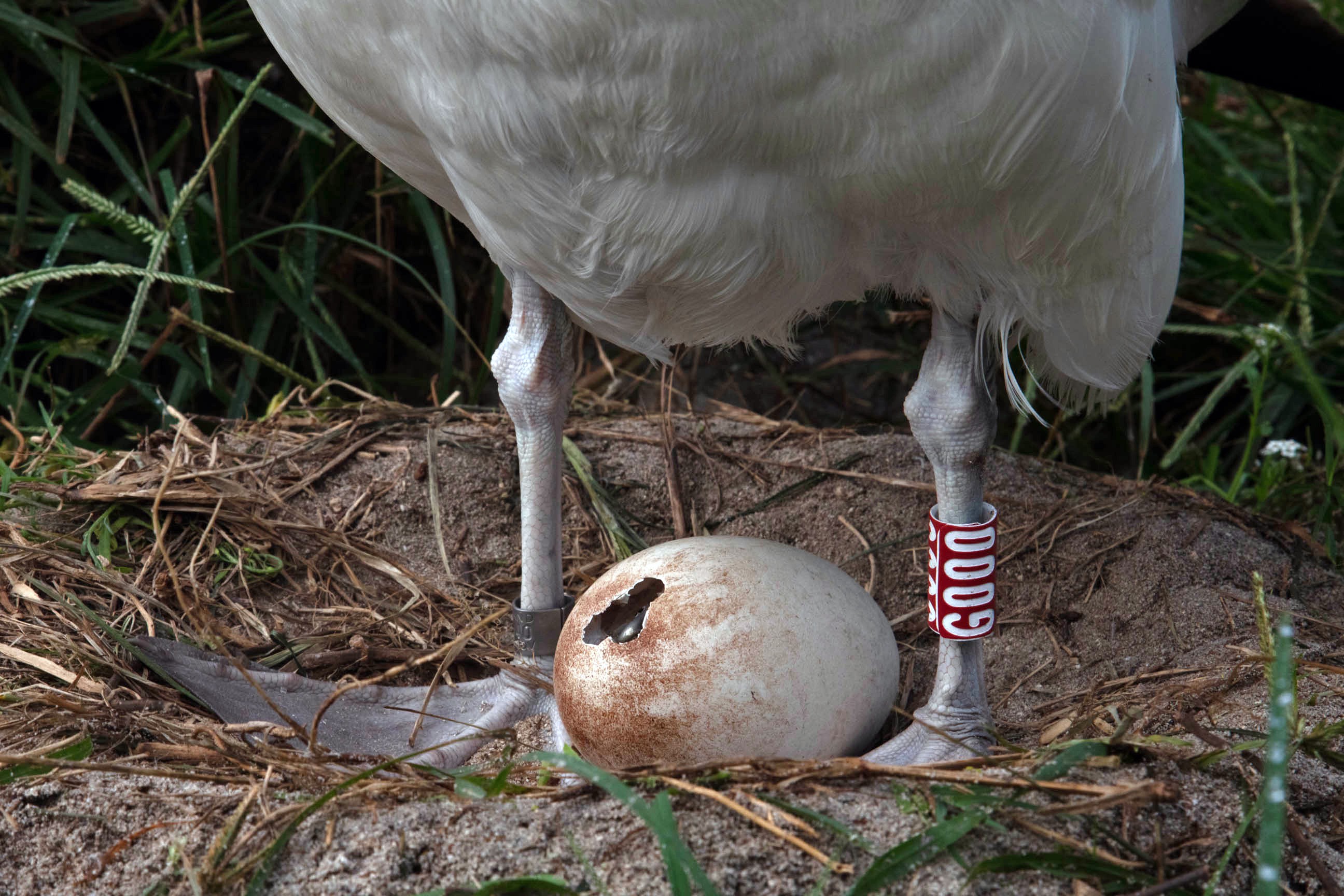 Akeakamai (Red G000) stands over Wisdom’s pipping egg on 30 January. “Pipping is when a young bird begins to crack the shell of the egg when hatching.   Sometimes the process can take multiple days” 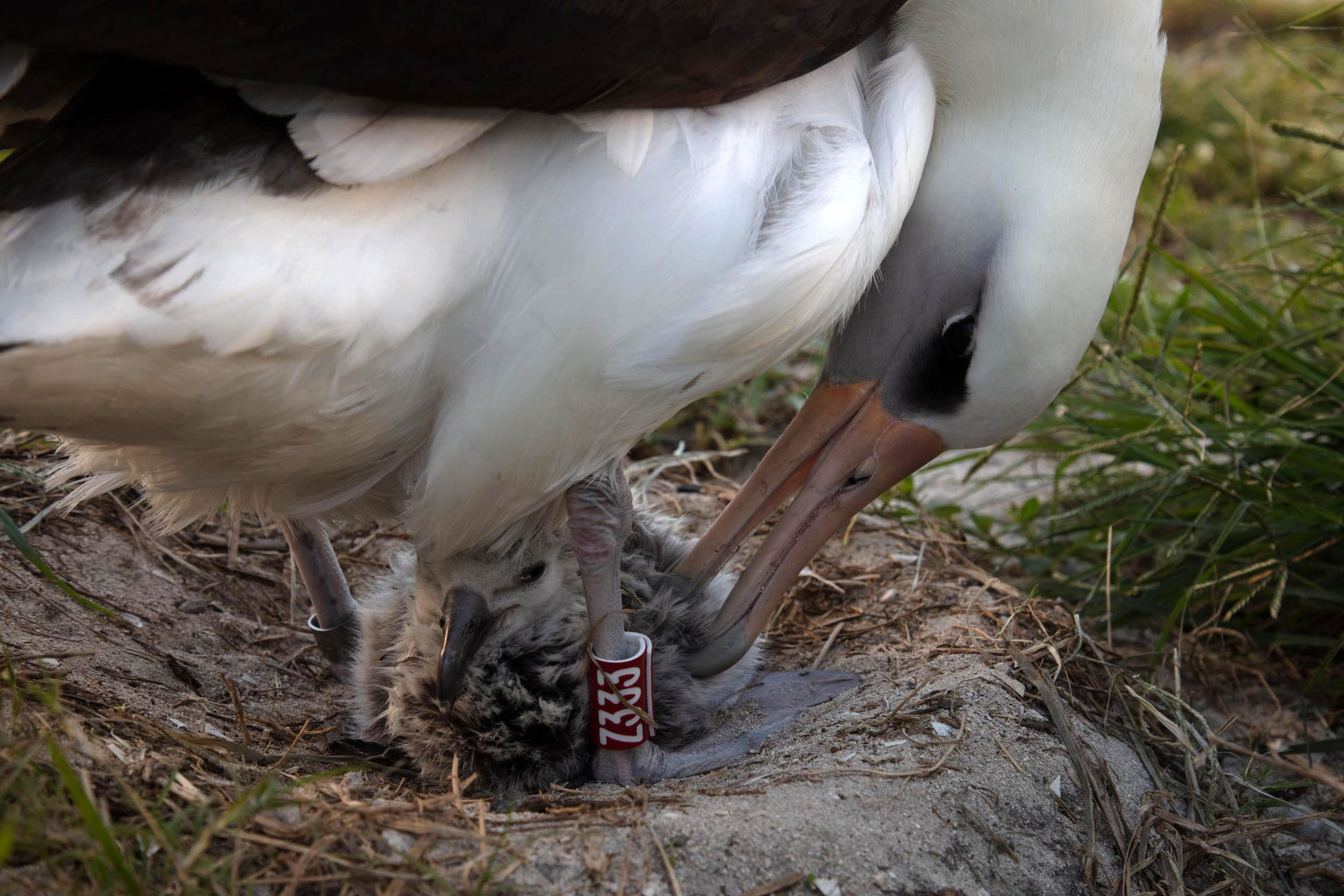