Staying together? Habitat selection by male and female Black-browed Albatrosses at sea in the south-west Atlantic 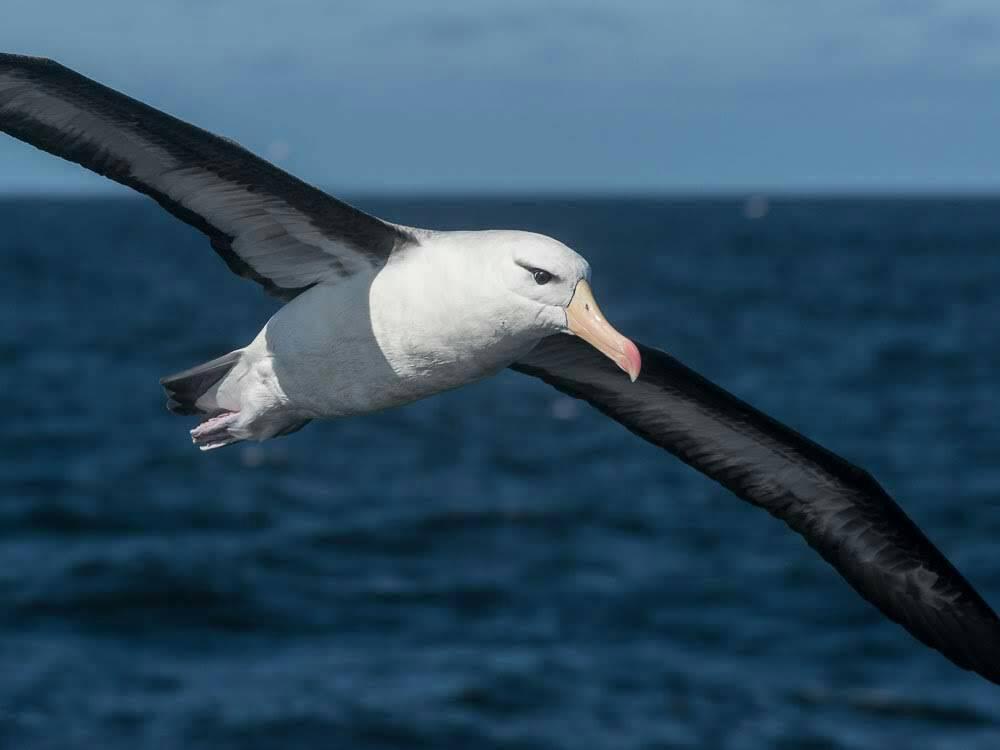 “Sexual segregation in habitat use occurs when sexes differ in their use of the physical environment and is widely reported among seabirds. The Black-browed Albatross (Thalassarche melanophris) is one of the most abundant seabird species in the south-west Atlantic, but whether the sexes differ in their habitat selection during winter remains unknown. Here, we tested for sexual segregation in adult and immature Black-browed Albatrosses during winter. Movement data from 21 satellite-tracked Black-browed Albatrosses across the south-west Atlantic Ocean between 2011 and 2015 were used to determine suitable foraging habitat for males (n = 7) and females (n = 14) using habitat selection models. Sexual segregation was then assessed using an index of niche overlap for immature and adult age classes. Variables with the highest importance in habitat selection models across all groups were depth and sea surface temperature. The highest probabilities of occurrence were in shallow waters and intermediate surface temperatures. No sexual segregation was found which may be because of the large abundance of prey in the region and moderate energy requirements during the non-breeding season. These results are relevant for spatially explicit conservation management in this region, including the designation of marine protected areas. Indeed, bycatch in fisheries is a major threat to seabirds in this area, and foraging behaviour and performance in winter of this keystone species will influence their future reproductive performance.”