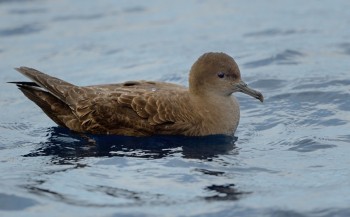 Peter Puskic (Institute for Marine and Antarctic Studies, University of Tasmania, Australia) and colleagues have published in the Marine Pollution Bulletin on the relationship between ingested plastic and trace elements in Short-tailed Shearwaters Ardenna tenuirostris.

“Pollution of marine environments is concerning for complex trophic systems.  Two anthropogenic stresses associated with marine pollution are the introduction of marine plastic and their associated chemicals (e.g., trace elements) which, when ingested, may cause harm to wildlife.  Here we explore the relationship between plastic ingestion and trace element burden in the breast muscle of Short-tailed Shearwaters (Ardenna tenuirostris).  We found no relationship between the amount of plastic ingested and trace element concentration in the birds' tissues.  Though the mass and number of plastic items ingested by birds during 1969–2017 did not change significantly, trace element concentrations of some elements (Cu, Zn, As, Rb, Sr and Cd), appeared to have increased in birds sampled in 2017 compared to limited data from prior studies. We encourage policy which considers the data gleaned from this sentinel species to monitor the anthropogenic alteration of the marine environment.”