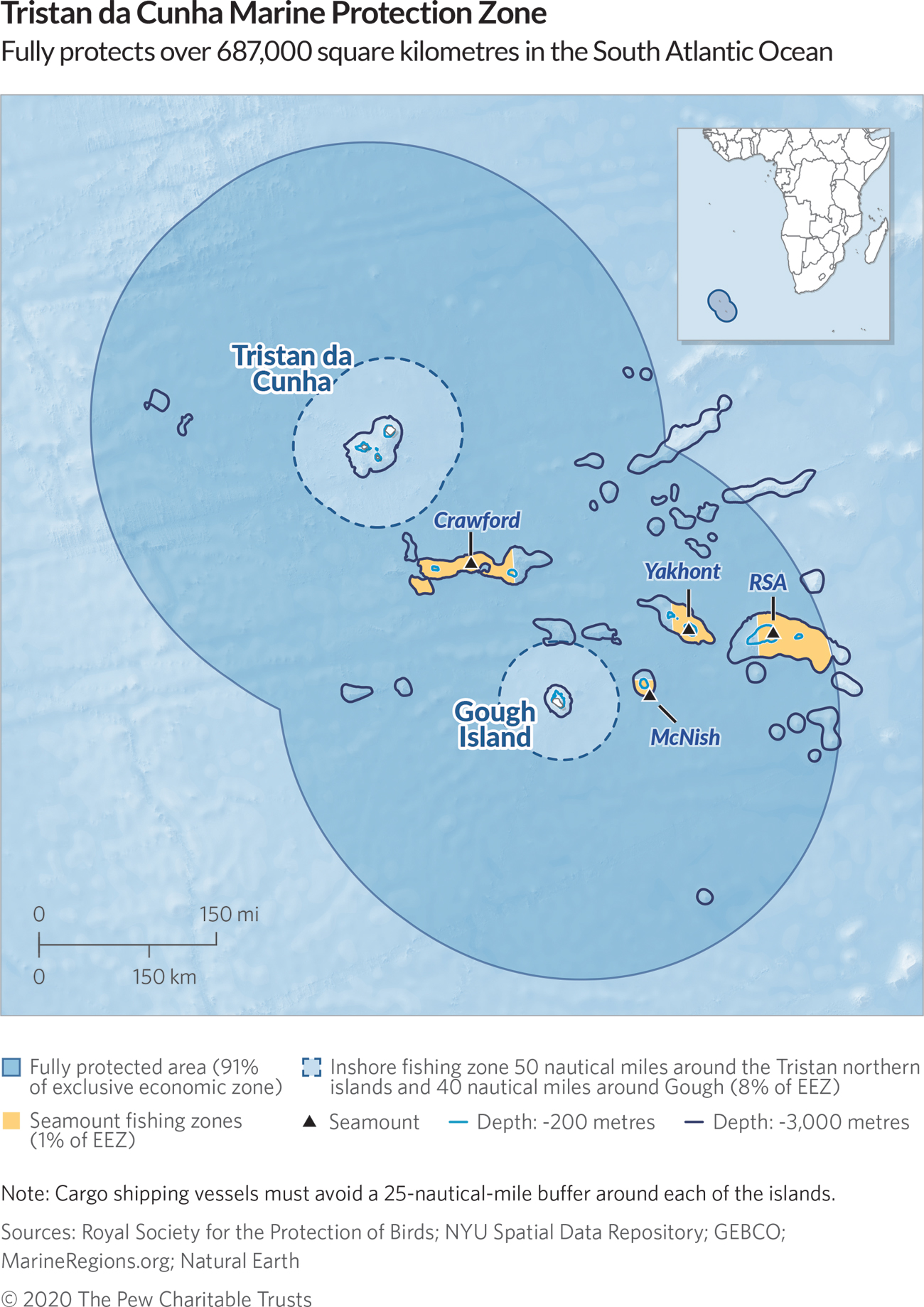 A 687 247-km² Marine Protection Zone (MPZ) with no fishing or other extractive activities permitted within 91% of its total area has been announced around the Tristan – Gough Islands in the South Atlantic by the Island Council of Tristan da Cunha.  The island group forms part of the United Kingdom’s Overseas Territory of St Helena, Ascension and Tristan da Cunha.  Sustainable fishing will be permitted in the local waters of the islands by the Tristan community (commercial Tristan Rock Lobster fishery, subsistence fin fishing) and on parts of four seamounts.  Information received by ACAP Latest News is that benthic trawling will be banned within the MPZ, including over those portions of the seamounts where sustainable fishing will be allowed and that 100% observer coverage will be required on licensed vessels.  Formal legislation for the MPZ is to follow in 2021 (click here).

The Tristan MPZ becomes the world’s 11th largest marine protected area (MPA) according to the World Database on Protected Areas compiled by the World Conservation Monitoring Centre (click here) and is also stated to be the "the fourth-largest fully protected marine reserve on the planet".  The declaration comes out of a commitment made by the UK Government in 2016 to establish "Blue Belt" protection for four million square kilometres of ocean around its Overseas Territories (UKOTs) by 2020.  It follows from a number of workshops, meetings and marine research (including seabird surveys) conducted within Tristan's 200-nautical mile Exclusive Economic Zone (EEZ).

The territorial waters and EEZ around the islands of Gough, Inaccessible, Nightingale (with its islets of Middle and Stoltenhoff) and Tristan that form the group support large breeding seabird populations, including of six ACAP-listed albatrosses and petrels.  Three of these are endemic to the island group; one of them, the Critically Endangered Tristan Albatross Diomedea dabbenena, is especially at risk of extinction from attacks by introduced House Mice on Gough (click here). 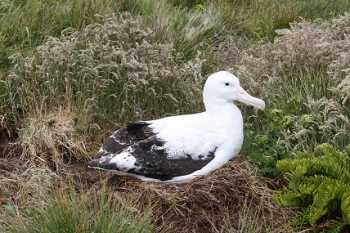 These six ACAP species are not restricted to the new MPZ in their foraging ranges, travelling over much of the South Atlantic and beyond in international waters - where they remain at risk to fisheries bycatch.  Nevertheless, they will now be fully protected from bycatch by fiushing vessels while within the "no take" part of the MPZ.  It is stated that satellite surveillance will help to detect any Illegal, Unreported and Unregulated (IUU) fishing activity and that “the UK has a duty to protect the wildlife found in all of its Territories and will be responsible for long-term monitoring and enforcement of this vast Zone”.

With thanks to Antje Steinfurth.