Ecuador hosts an international workshop on its endemic Galapagos Petrel

The First International Meeting for the Conservation of the Galápagos Petrel (Primera Reunión Internacional para la Conservación del Petrel de Galápagos) was held in Puerto Ayora, Santa Cruz Island, Galapagos over 5-7 November 2019.  The purpose of this meeting was to bring together researchers, governmental agencies and non-profit groups with the shared interest of coordinating future conservation actions for Ecuador’s endemic petrel and to draft an action plan.

The Critically Endangered Galapagos Petrel Pterodroma phaeopygia has been listed by the Convention on the Conservation of Migratory Species of Wild Animals (CMS) in Annex 1 since 1979 and has been proposed in the past for listing by the Agreement on the Conservation of Albatrosses and Petrels (ACAP).  It faces a multitude of threats on all five known breeding islands in the Galapagos, including predation pressure from feral cats, dogs and pigs and non-native rodents and collisions with utility lines and wind turbines. 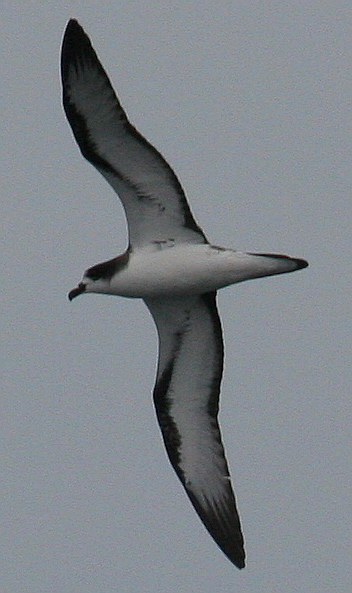 The workshop heard updates from the Galapagos National Park, the primary government agency with responsibility for the petrel’s management as well as from members of the research community and national and international conservation organizations.  ACAP was represented by its Executive Secretary, Christine Bogle and Vice-Chair of its Advisory Committee, Tatiana Neves, from Brazil’s Projeto Albatroz, who contributed to the ‘brainstorming’ and presented information about the Agreement, its activities and its products. 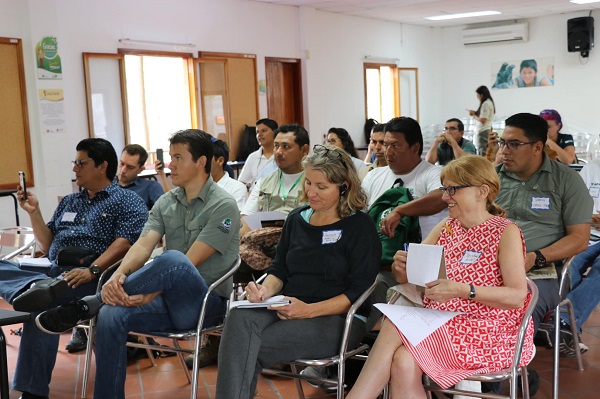 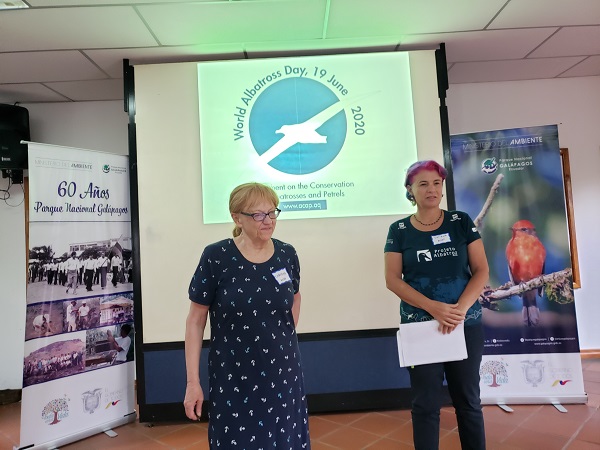 Some discussion at the meeting centred on whether the opportunity should be taken at the next ACAP Advisory Committee meeting (AC12) due to be held in Ecuador later this year to once again present a case for the inclusion of this species on ACAP's Annex 1, through presenting  more information, especially related to at-sea threats. A small group was established to consider this issue further and to decide whether to pursue re-nomination of the Galápagos Petrel as an ACAP-listed species.

Other matters discussed by the meeting included:

The meeting report is currently being finalized; once available ACAP Latest News will report on its main conclusions.