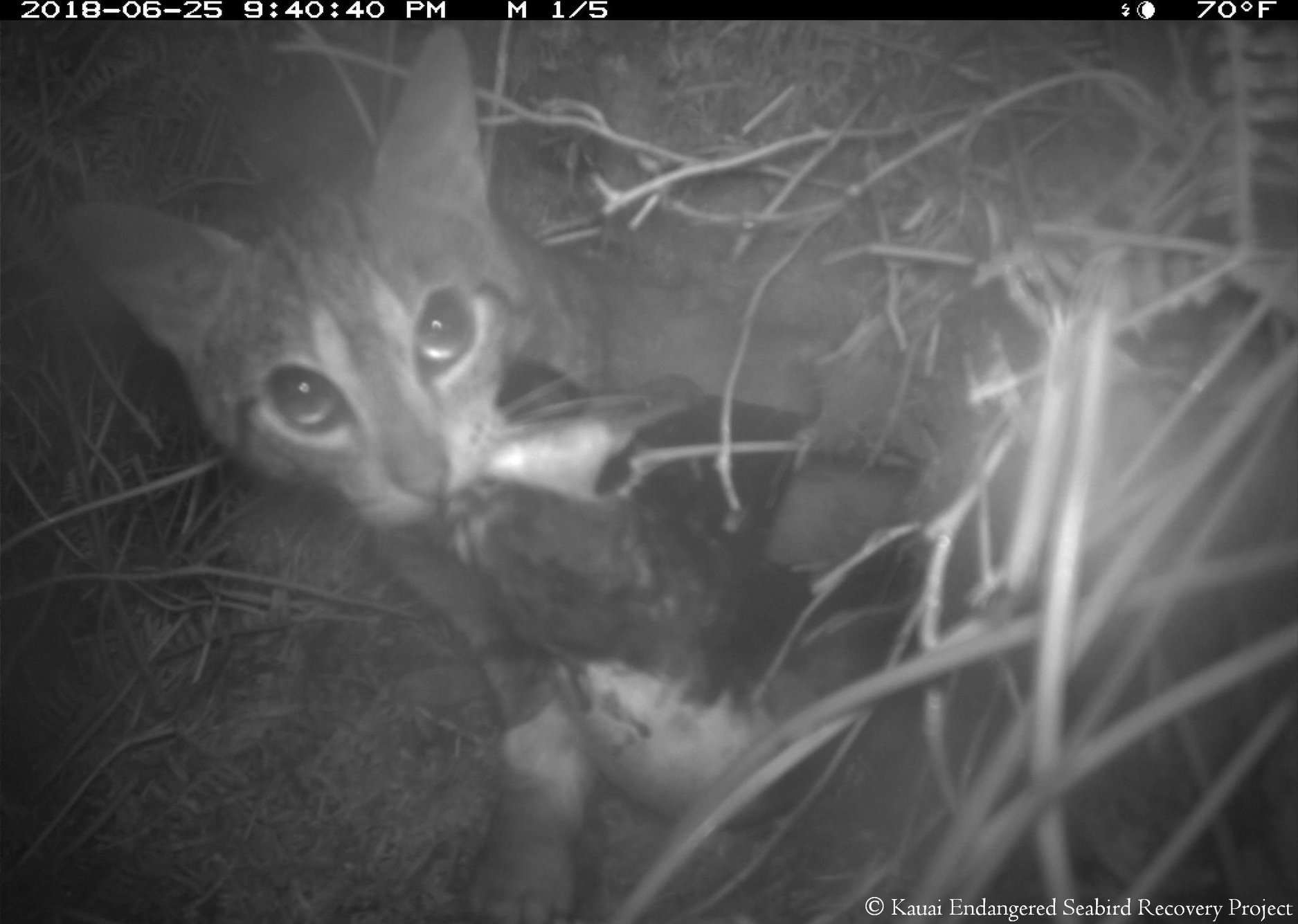 A Hawaiian Petrel chick is removed from its burrow by a feral cat.  Game camera photograph courtesy of the Kauaʻi Endangered Seabird Recovery Project

André Raine (Kauaʻi Endangered Seabird Recovery Project, Kauai, Hawaii, USA) and colleagues have published in the Journal of Wildlife Management on the depredations of Newell's Shearwaters Puffinus newelli and Hawaiian Petrels Pterodroma sandwichensis by introduced predators on the Hawaiian island of Kauai.

“Introduced predators are one of the greatest threats facing seabirds worldwide.  We investigated the effects of multiple introduced predators on 2 endangered seabirds, the Newell's shearwater (Puffinus newelli) and the Hawaiian petrel (Pterodroma sandwichensis), on the island of Kauaʻi, Hawaiʻi, USA.  Between 2011 and 2017, we recorded 309 depredations of which 35.6% were by feral cats, 50.2% by black rats (Rattus rattus), 10.4% by pigs (Sus scrofa; feral pigs), and 3.9% by barn owls (Tyto alba).  Cats were the most destructive of the predators because they killed more breeding adults than chicks, which had repercussions on breeding probability in following years.  Cats and rats were also the most prevalent of all the predators, depredating birds at all of the sites under consideration regardless of how remote or inaccessible.  We also considered the effectiveness of predator control over the study period. Reproductive success at all sites increased once predator control operations were in place and depredations by all species except barn owls decreased.  Furthermore, we modeled population trajectories for all sites with and without predator control.  Without predator control, population trajectories at all sites declined rapidly over 50 years. With predator control operations in place, populations at all sites increased; thus, controlling introduced predators at endangered seabird colonies is important for their management.”