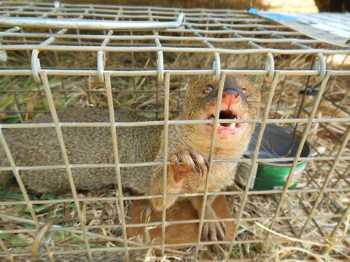 Areas of Ecological Significance identified include...

Midway Atoll postpones its mouse eradication effort due to COVID-19

Results of mouse attacks on Laysan Albatrosses on...

Attendees at the Fitztitute 2020 AGM with a World...

Ben Dilley off the leeward coast of Gough Island,...

Crew members on the Augusta 1 point to Albatross Task...